The examination for ICAR AIEEA ( All India Entrance Examination for Admissions) for the Undergraduate, Postgraduate courses and Ph.D. courses were held on 22nd June and 23rd June 2018.

The High-court has given the order to re-conduct the examination and not to declare this year’s result.

The ICAR will publish the result in terms of over-all merit rank and category rank. The rank of candidates who do not qualify in AIEEA UG as prescribed by ICAR will not be published. According to the earlier schedule, the councilling process for ICAR AIEEA was expected to start on 1st July. 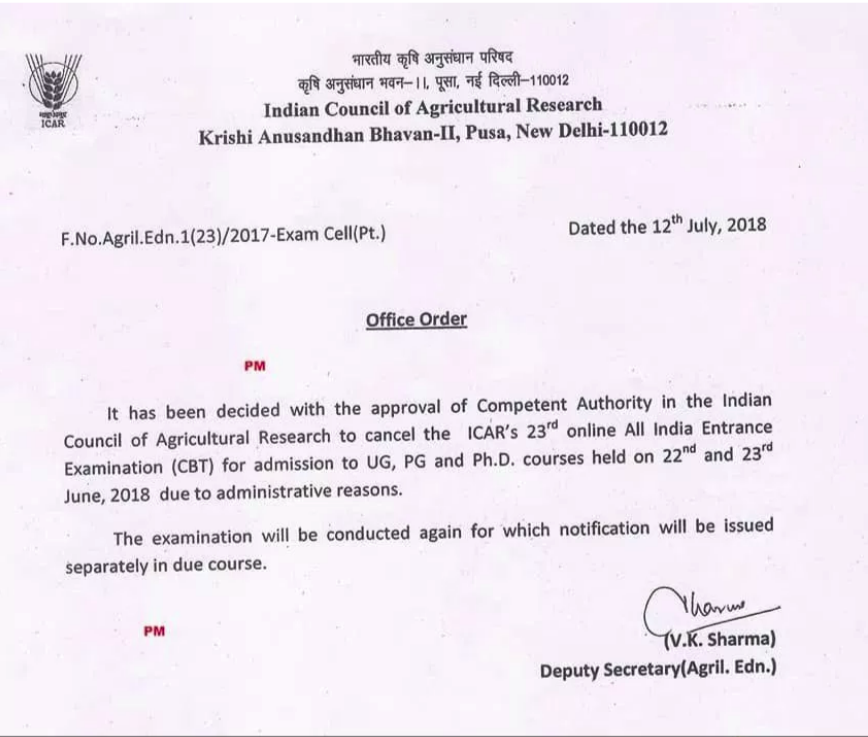