The Humans Resource Development (HRD) Minister Prakash Javedkar has just announced in a press conference that JEE Main, the screening test for IITs, will be conducted twice a year – in January and April. Major exams like JEE Main, NEET, GPAT will be conducted by NTA (National Testing Agency) which has been set up to set up to conduct “computer-based” exams to select students for top state-funded medical and engineering colleges instead of CBSE (Central Board of Secondary Education) that was earlier in charge of conducting the exams.

The Exam schedule for JEE Main 2019, NEET, GPAT, UGC NET, CMAT have just been published! Check the link below to know the dates!

As per the press release, the following is the tentative schedule:

Javedkar has announced the NTA will conduct JEE Main, NEET, GPAT, UGC NET, CMAT twice a year. The exam will also be conducted in fully computer-based mode and no form of the paper-based exam will take place.

NTA was approved by the Union cabinet in November 2017. National Testing Agency is a set up as an Autonomous and self-sustained organization that is going to conduct national level tests mentioned above on a voluntary basis for the conduct of independent tests. The National Testing Agency is registered as a society under Indian Societies Registration Act, 1860. National Testing Agency has been established to develop and promote standard in educational and professional testing and assessment. CBSE has prepared a model for NTA which suggests the objectives, structures, and functions of the agency. 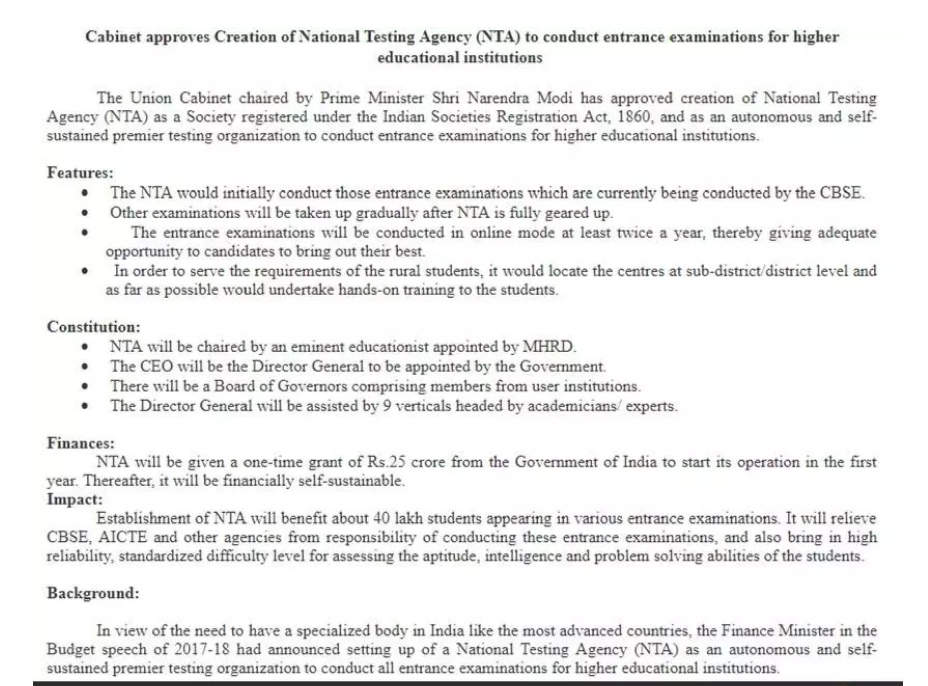