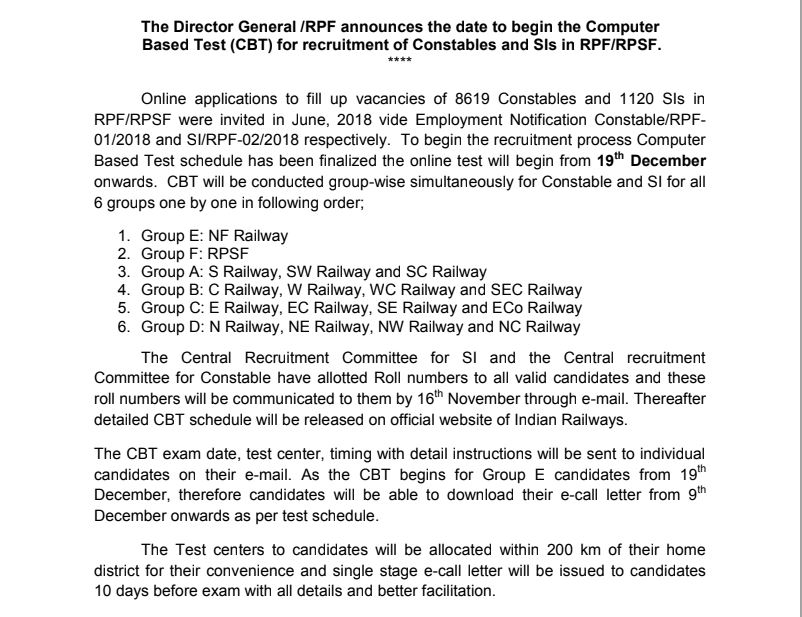 RPF Exam Date is announced from 19th December 2018. RPF Examinations are a 4 level scrutiny recruitment procedure. The candidates will first appear in the CBT examination and then the successful candidates at each level will appear for Physical Efficiency Test and Physical Measurement Test followed by the Trade test and Document Verification. The RPF Recruitment is being conducted for a total of 9739 vacancies, of which 8619 are for RPF Constable and 1120 for RPF SI. The Computer Based Test is being conducted simultaneously group – wise. The 6 Groups are: