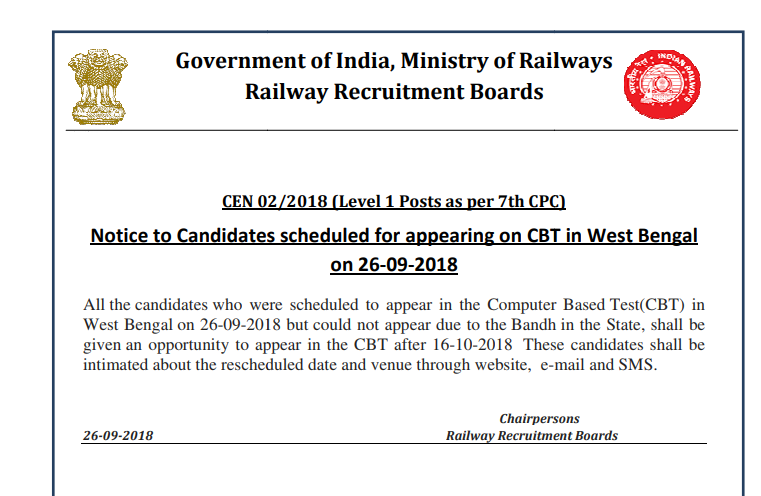 The cancellation of RRB Group D in Odisha occurred due to Adivasi agitation who are demanding the recognition of their language where the Adivasi organisation interrupted the train service.

Recently, the RRB had also postponed the RRB Bhopal Group D Exam to be held on 25th September 2018 where the board has not provided the specific reason for the cancellation of the exam. In the notification released, the board has simply stated the re-scheduling of exam for Bhopal region will occur after 16th October 2018. The rescheduling of dates has not been finalised yet. The SMS regarding the cancellation of the exam has been sent to candidates on their registered mobile number. Reschedule date of exam (CBT) will be informed shortly to the candidates through SMS on their registered mobile number.