On 20th September 2018, the RRB has released the notification for the postponing of the exam scheduled on 25th September 2018 for Bhopal Region. According to the notification, the RRB has postponed the RRB Group D Exam for the Bhopal city only. RRB will conduct the CBT Exam for Bhopal Region after 16th October 2018. The board has also notified the candidates about the same through the SMS. In the notification, the board has not specified the actual reason leading to the postponing of the Group D Exam. 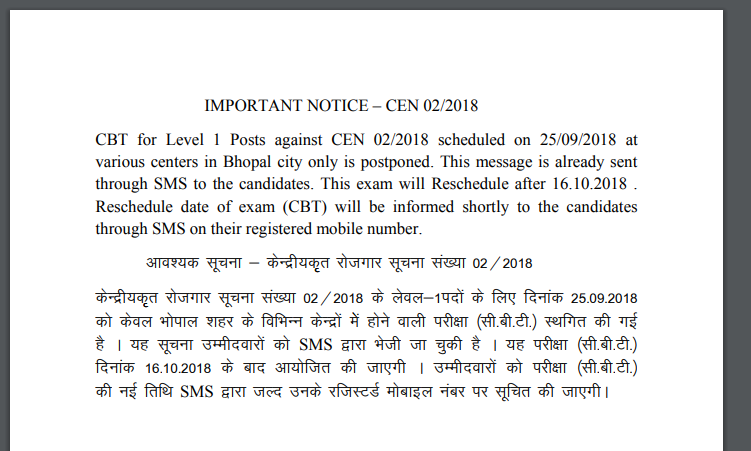 In a note published on the official website – rbbpl.nic.in, the exam authority has conveyed that this message is already sent through SMS to the candidates. This exam will reschedule after 16th October 2018, and the new dates will be informed shortly to the candidates through SMS on their registered mobile number.

The exam has been postponed for only those candidates who were allotted the test center at Bhopal. The Board has made this decision due to the BJP workers’ conference in Bhopal on September 25. The new date for RRB Group D has been announced by the RRB at its official website. 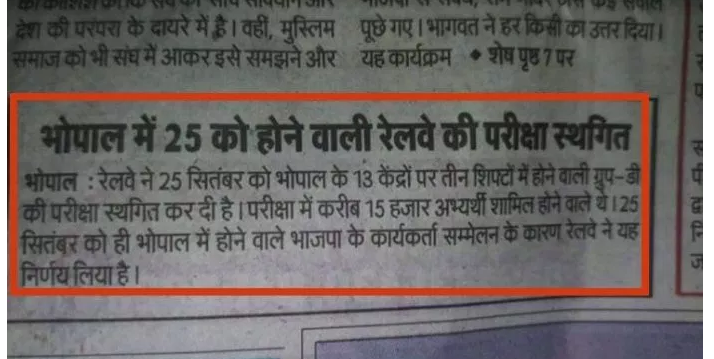