This year, more than 1.8 Crore candidates are appearing the Group D CBT as the vacancies are huge. The Cut of Railway Group D can be affected on may terms. The cut-off may depend on the region but the variation may be quite small. The RRB Group D Cut off Marks can also be affected by the difficulty level of the Computer Based Test.

4th March 2019 (02:50 PM) – RRB Group D Results Declared. List of all the selected candidates for the PET round of Selection has been declared on the official website. Check RRB Group D CBT Result.

The RRB Group D Cutoff 2018 will be released online in the form of Merit List which will be available in PDF Format so that it can be easy for the candidates to download.

The format of Selecting Candidates After RRB Group D CBT

Based on the Merit List of RRB Group D CBT, candidates will be selected 2 times of that of the community wise total vacancy of the posts notified against RRBs for the next selection procedure. In total, approximately 1.89 Lakh candidates are selected for the PET examination. The Merit List will be prepared on the basis of the cutoff marks that will be set by the respective RRB Region.

The Factors that determine for RRB Group D Cut-Off Marks:

The Cut-Off Marks will be released online. The step by step procedure of check RRB Group D cut-off marks are: 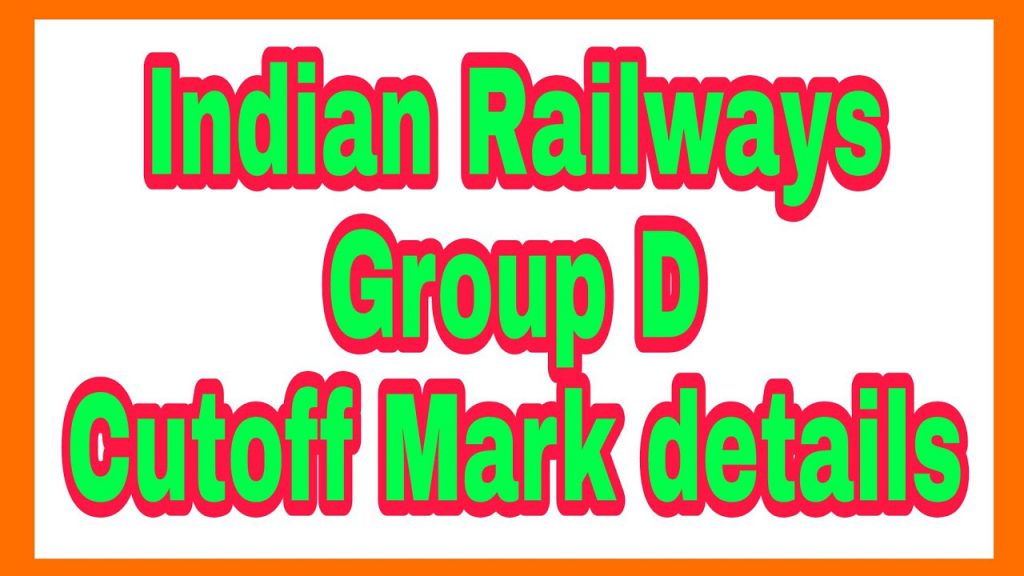 The RRB will release the cut-off marks along with the declaration of the results. The cut-Off marks will be available online.

Cut off marks to invite candidates, on the provisional basis, for Physical Efficiency Test

Cut off marks to invite candidates, on provisional basis, for Physical Efficiency Test